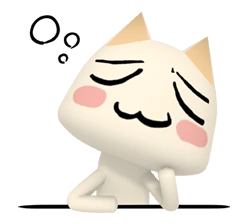 Have you ever seen this white polygonal cat while looking for a new PlayStation game? That’s the japanese Sony’s mascot, Toro Inoue! Toro’s dream is to become a human and most of his games center around this topic. His family name originated from a debugger whose surname was 'Inoue' (井上 Inoue).

Toro’s first appearance was in the 1999 PSOne game Doko Demo Issho (also transliterated as Doko Demo Issyo, どこでもいっしょ, meaning Together Anywhere), a virtual pet game (akin to Tamagotchi) which included support for the PocketStation peripheral, letting you bring Toro with you anywhere.

Many games have been released since then, introducing us to Toro's many friends! Unfortunately, most of the games are Japan-exclusive with the sole exceptions of TORO! Let's party! for the PlayStation 3 (released in South Korea but has an english translation as well) and Toro and Friends: Onsen Town, for mobile phones.

Aside of games Toro has made inumerous cameos, gotten merchandise, and made A LOT of collaborations. He's quite popular in Japan, you see!

There is a let's play of TORO! Let's party! on youtube and the translation is okay as far as i've seen.

Thank you for reading! There's no much to be said as most of Toro is in japanese only and i'm not a translator, but any time is a good time to appreciate Toro and his friends! Check out more images: